Rainbow Lucky Blocks Addon will add to the game not only magic boxes, but also a lot of new items, mobs and other things that will be available after each opening of Lucky Blocks.

But before we get to the possible contents of Lucky Blocks, it’s worth talking about their crafting recipes. The Rainbow Lucky Blocks mod gives you the ability to craft a regular and rainbow cube. You can find the rainbow diamonds needed for crafting at a depth of 15 blocks.

Unlocking the gold Lucky Blocks will give you a random item that’s already in the game. But far more interesting is the interaction with the Rainbow Block, by opening it you can create a random construction, get the rainbow objects, diamonds, and even summon Herobrin!

Particularly lucky players can open a rainbow block, and then get a structure containing 12 more blocks! Isn’t that lucky?

But if you’re unlucky, you’ll have to fight a giant Zombie Gast in diamond armor, a Herobrin, or another dangerous mob. Although, the more Lucky Blocks you unlock, the more chances you get to drop new weapons, crystals and other items!

LuckyBlockRainbow.mcaddon
4 lucky block mods for Minecraft like this one 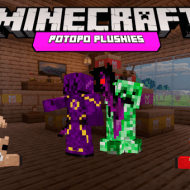 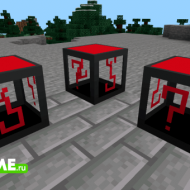 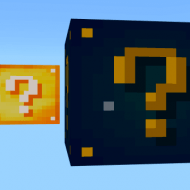 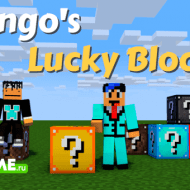