If you’ve watched The Hunger Games, you probably remember the drones that deliver useful resources to the heroes. With the Supply Drone Add-on, you can add such drones to Minecraft PE!

These flying robots will occasionally appear above your head, delivering valuable cargo to their recipients. But, if you’re a good archer, your deliveries may not make it to their destination, but instead end up right in your hands!

And believe me, sometimes you are waiting for a very valuable cargo, which will definitely come in handy for survival or building a base! For example, you can get weapons, armor, golden apples, resources, and even Elitra’s wings from the downed drone! And sometimes all at once!

Also, this drone mod for Minecraft PE will come in handy if you want to make an analogue of Hunger Games or PUBG with your friends. By the way, then don’t forget to add the airdrop mod to the set.

Drones in the ordinary world

Drones in the underworld

Drones in the ender world 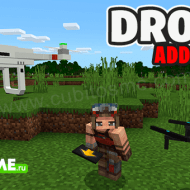 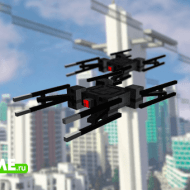 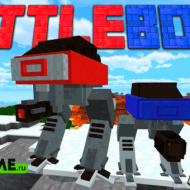 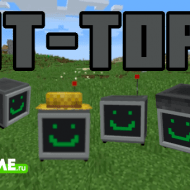 Searching for
Choose a category and specify what you want to find, and we'll find the most interesting selections for you!
Mods
TNT
Let's find
Contents hide
1 Drones in the ordinary world
2 Drones in the underworld
3 Drones in the ender world
Download Supply Drone Add-on
Popular