Become a civilian aviation pilot and sit at the helm of an airliner in Minecraft, with the Airliner Addon.

This mod will add a large passenger plane to the game, capable of accommodating up to 10 players at a time, including pilots. The aircraft from the Airliner Addon in Minecraft Pocket Edition will fit perfectly on modern city maps, where you can use ready-made airports or build your own.

Airliner Addon boasts unique animations of taking off, landing, movement on the runway, opening doors and starting engines. Of course, all this is accompanied by appropriate sounds, which adds even more realism to the game.

How to get and fly a plane in Minecraft

To respawn an aircraft, use a new recruitment egg in creative mode or type /summon dafa:jet_airliner 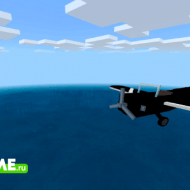 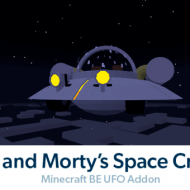 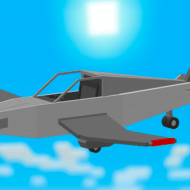 Searching for
Choose a category and specify what you want to find, and we'll find the most interesting selections for you!
Mods
TNT
Let's find
Contents hide
1 How to get and fly a plane in Minecraft
2 Video demonstration
Download Airliner Add-on
Popular