Yes, that’s the portal cannon from the game Portal, and now it’s coming to your world too! One portal at home, another in a mine, and you’re already moving quickly for resources.

The Portal Gun mod adds the Portal Gun to the game, allowing you to move between portals created anywhere! It can also lift and move blocks, just like in the original game.

To craft the portal cannon you’ll need an Ender’s eye, 2 metal ingots, and 6 blocks of obsidian. The recipe for the crafting is shown below.

Initially, the portal cannon works on a blue and orange portal principle. But if you want to rearrange the first portal, you can change the operating mode simply by crouching a character.

To lift the unit you need to:

You can also craft a potato portal cannon and teleporter from the Rick and Morty cartoon. Recipes for crafting are below. 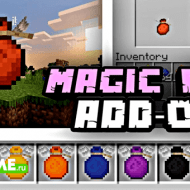 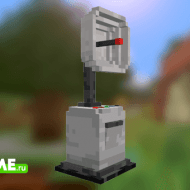 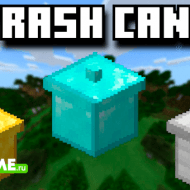