Dragon Mounts 2 is the best dragon addon for Minecraft PE, completely changing their function in the game.

In the standard version of Minecraft, the Ender Dragon is the main boss, after defeating which, the storyline of the game is considered passed and you go on a free journey. But here are the dragons, you will not meet any more.

But with the mod Dragon Mounts 2 there will be 22 new dragons, that will be placed in all biomes, and you will be able to meet them during your travels and even tame them with the help of fish!

Another innovation of the mod is female dragons, that will be able to lay eggs and produce offspring from male ones. And you’ll get a chance to get your hands on an egg to raise your own tame dragon, which with proper care can grow to gigantic proportions, and you can fly it!

Dragon of the Edge

This is the strongest dragon in the Dragon Mounts 2 mod on Minecraft PE, capable of destroying entire settlements with its breath alone. He will inhabit all the new biomes, and to defeat him you will need to gather the bravest fighters and a whole army of tame dragons (preferably at least 10). This doesn’t guarantee victory over the Dragon King.

If you duel with any dragon and defeat it you’ll get its hide, which is used in new recipes for crafting. In addition, the hide can be collected with tongs without killing dragons. Below you can see the full list of all items from the mod. 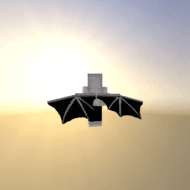 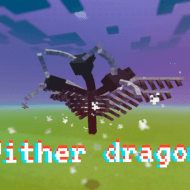 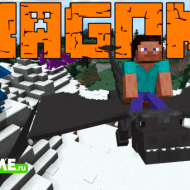 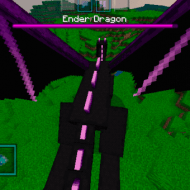