The Project Spinosaurid Add-on adds predatory dinosaurs to Minecraft PE, which lived from the late Jurassic to the Cretaceous period on our planet.

Spinosaurids featured a similar elongated jaw shape to crocodiles, with very sharp teeth tearing apart their prey. Spinosaurs could reach up to 15 metres in size, and the smallest specimen found during excavations was 8 metres in length.

This dinosaur mod, will add 3 species of its genus to the game – Barionix, Zuhomim and Egyptian Spinosaurus.

Barionixes are presented in the game in 2 variants – male and female. They are predatory dinosaurs that are aggressive towards all mobs and the player. You will be able to find them in taiga and swamp biomes.

This spinosaur species also prefers swamps and taiga as habitats. Like Barionix, they are predators and will attack any creatures that come into their range.

The largest dinosaur species from the Project Spinosaurid mod. In the world of Minecraft Bedrock Edition you will be able to meet them in the savannah and desert. In addition to its impressive size, it is also the strongest representative that can easily defeat any of the 2 dinosaurs described above! 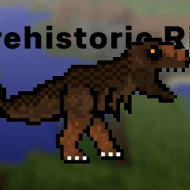 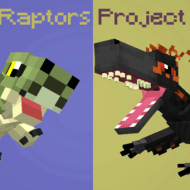 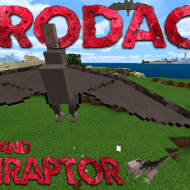 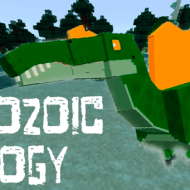 Searching for
Choose a category and specify what you want to find, and we'll find the most interesting selections for you!
Mods
TNT
Let's find
Contents hide
1 Barionix
2 Zuhomim
3 Egyptian Spinosaurus
Download Project Spinosaurid Add-on
Popular