Want to own the new Playstation 5 or Xbox X consoles? With the Console Add-on for Minecraft PE you can get both new and previous generations of consoles!

Console Mod for Minecraft Bedrock Edition goes well with other furniture mods and will come in handy if you want to fill your house with modern interior items. And you can download the Console mod to have a TV with different channels, and put any console next to it!

In Console Add-on you can find the following consoles and consoles:

The updated version of the mod adds a huge plasma TV to the already available consoles and consoles, as well as a powerful stereo system, so you can enjoy not only the juicy picture, but also the sound! At the same time, the TV supports the main screen display of the PlayStation and Xbox! 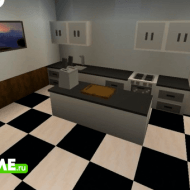 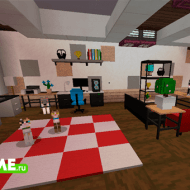 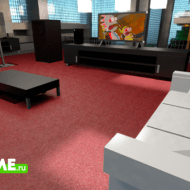 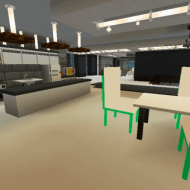