Minecraft Vampires Add-on by the same name will add vampires and werewolves to the game, as well as a huge number of new items and recipes for crafting.

Vampires mod for Minecraft PE adds 4 new heroes at once – a regular vampire, Count Dracula, reincarnated Dracula and a werewolf. Each of the mobs has its own unique characteristics, and as vampires are supposed to, they can’t be killed with regular weapons. Therefore, you will need to make an aspen stake before starting your journey.

The vampire can be summoned with a special egg in creative mode, and in survival mode he can be found only at night. All vampires are aggressive to the player and civilians. If you want to destroy undead quickly, use aspen stake.

A werewolf is much larger, more maneuverable, and stronger than a normal player. Like normal vampires, it is afraid of sunlight, so will only be encountered at night. Of course, a werewolf will attack you as soon as you’re in its line of sight.

Dracula is a new boss with enormous power and great health. Any vampire can become Dracula when struck by lightning.

During a battle with Dracula, he may be struck by lightning. Then he becomes even stronger and more dangerous because he changes his form to transformed Dracula.

New items and recipes from Vampire mod for Minecraft PE

Vampires [Resource].zip Vampires [Behavior].zip
2 werewolf mods for Minecraft like this one 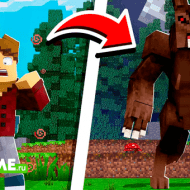 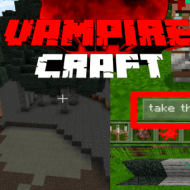 Searching for
Choose a category and specify what you want to find, and we'll find the most interesting selections for you!
Mods
TNT
Let's find
Contents hide
1 New Mobs from Vampire Mod
1.1 Vampire
1.2 Werewolf
1.3 Dracula
1.4 The transformed Dracula
2 New items and recipes from Vampire mod for Minecraft PE
Download Vampires Add-on
Popular