The More TNT Add-on adds a huge variety of bombs, dynamite, and grenades to Minecraft, including Molotov cocktails and more!

The new dynamite blocks in the More TNT mod have 2, 4 and 8 times the explosion power of the standard block.

Bedrock or bedrock is the toughest block in the game and impossible to destroy. But not with the new type of explosive, which will easily penetrate even it!

This is a new type of bomb that can freeze all enemies immediately after detonation. It can also turn water into ice and lava into cobbles.

This type of TNT consists of several parts, which will fly in different directions after detonation and also explode.

As you can understand from the name, this bomb doesn’t just explode, it sets fire to the area in its radius of action.

A new kind of explosive in Minecraft with a remote activation range of up to 60 blocks. Place C4 anywhere, grab the detonator, stand at a safe distance, and detonate!

One of the most powerful bombs from Minecraft’s More TNT mod. As expected, you’ll see the characteristic nuclear “mushroom” when it explodes, though only if you’re far enough away so you don’t get hit by the blast yourself.

Incredibly powerful bomb that will destroy everything in its path. The power of its explosion is several times more powerful than the atomic bomb.

This type of dynamite can be attached to any surface, which will prevent it from falling down even after it’s activated. Perform detonations at any height!

Immediately after detonation, this bomb creates powerful electrical discharges that will act within its impact radius.

A medium-powered grenade that you can throw in any direction.

Depending on its color, it has a different detonation power, ranging from 3 to 24.

This grenade can even be thrown indoors, as it cannot break down blocks but it’s good for destroying enemy troops.

Creates a smoke screen on the point of impact.

This grenade is used to slow the enemy units immediately after detonation. It cannot destroy units and items in the game.

The world-famous type of explosive is now also available in Minecraft Bedrock Edition. The explosion power is 5. 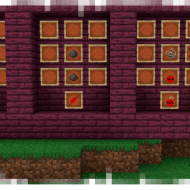 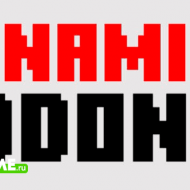 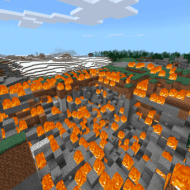