The Minecraft VenomCraft Addon will allow you to add to the game symbiotes that will settle in the bodies of enemy mobs and become even stronger!

If you like superhero mods and have already installed the addon that adds Spider-Man to Minecraft, then VenomCraft Mod is a great addition!

New weapons and armor for Venom

While killing the enemies in VenomCraft Minecraft, you will get new resources, useful for crafting Venom’s costume, as well as weapons and antidote.

The antidote can be applied to Venom Spiders to gain the ability to tame them. If you successfully apply the antidote, you will be able to tame the spider, which will change its color to white. 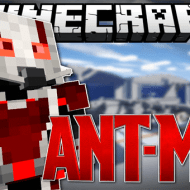 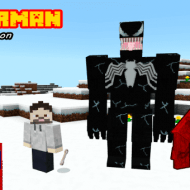 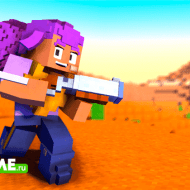 Searching for
Choose a category and specify what you want to find, and we'll find the most interesting selections for you!
Mods
TNT
Let's find
Contents hide
1 New symbiotics
2 New weapons and armor for Venom
Download VenomCraft Add-on
Popular