If you love playing the Skyblock series maps, but have already been through even the most difficult ones repeatedly, then Singularity Skyblock is definitely worth your attention!

This time, your survival will take place on a single block, which will be automatically recreated to a random one when it is destroyed.

Another feature of the Skyblock map on a single block is the ability to choose the game world – normal or lower world. Thus you can not only increase the difficulty of survival, but also play simultaneously with a friend, in different worlds, competing with each other.

The third feature of the map – the royal hen, which will carry the magic eggs that allow you to call up a random mob.

Can you survive on a map where all you have is one block and a chicken? 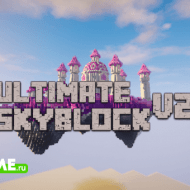 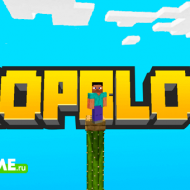 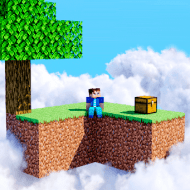 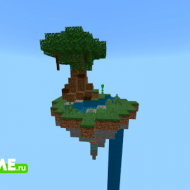